My First Date with SPAWN

Not to be too weird about it, but imagine yourself for just a moment that you’re a twelve-year-old boy. You’re walking through the store and like any boy of pre-teen age back in the early 90s you decide to go check out whatever comics are offered at this very obviously not comic book store in the magazine section while your mom shops for food and other boring stuff like that. As you peruse the offered wares you come across a comic the likes you have never seen before. Its gritty. Slightly graphic. Super dark. And dare we say, demonic.

This was me. Back in 1990-something, 1994 or 1993, I can’t quite remember. What I do remember is how when I first laid eyes on Spawn, I ran and somehow convinced my mom to buy it for me and I took it home and was hooked ever since. Spawn was…different. It wasn’t Marvel or the X-Men, which is what most of my friends were reading at the time. It wasn’t DC, an entirely different circle of friends. In fact, I can’t recall Spawn being popular at all with any of my buddies…I’m sure they read it and maybe even liked it on some level…just not on the same level as me. Spawn spoke to a darker inkling to which I typically wandered. And because it spoke to that dark side, it helped galvanize some of my own creative thoughts and ideas of what could be possible within the realm of storytelling. 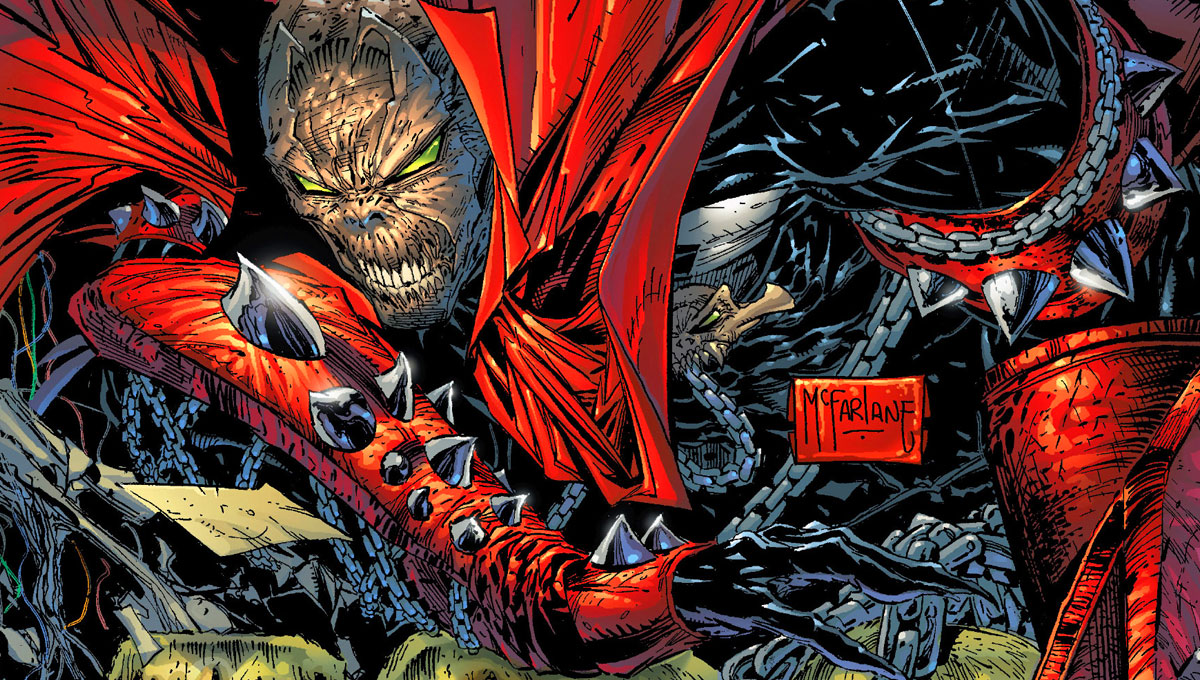 The badass covers helped. Those issues, man, from the very beginning are some of the best horror comic art I’ve seen. Todd McFarlane was known even before Spawn as leaning towards the more explicit in his artwork. If I’m remembering this right, there was a certain Spider-Man comic involving Wolverine piercing some bad guys eye with his adamantium claw. Or something like that. Recalling still, McFarlane didn’t care to much for censorship and ran with his own brand to Image Comics, creating Spawn…

…an Marine ex-CIA assassin who gets murdered by his best friend, Chapel, and sent to h-e-double hockey sticks and there recruited by a high-level demon named Malebolgia to join his army in a war against Heaven on the promise of getting to see his wife, Wanda, again. Agreeing to these shady terms, but truthfully…not sure who would turn down getting to leave hell, the demon sends him back to earth…five years later with the worse case of scatter brain and wearing a head to toe superhero costume. And the scars, did I mention the scars? Yup. Spawn aka Al Simmons was burned alive in life and as a kinda really fucked up signing bonus is now horribly disfigured.

In the first issue of Spawn, Al is trying to figure things out. He gets “flashes” of old memory. And as another high five from Malebolgia, another demon is sent to “guide” Spawn in this new role he’s supposed to play on Earth. The guide is none other than The Violator who takes the form (most of the time) as a short, fat, hellish looking clown. When he’s not Chuckles, he’s this really freaking looking monster with large bulbous eyes and long needle like teeth.

Through these first few comics, its really about Spawn remembering who he was and coming to terms that in five years’ time, everyone thinking he’s dead (because he was), including his wife, life goes on. Wanda ended up marrying Al’s other best friend, Terry, and they end up having a daughter together. And soon after, Spawn also begins to realize that he wasn’t just dropped on Earth looking like a walking piece of human toast, he’s got power, real devastating shatter this world kinda power. And that suit of his isn’t some mom’n’pops Halloween get up, it’s a living symbiotic entity with its own set of abilities. But there’s a catch…those powers of his are not limitless. There’s a clock, so to speak. Once he drains all his green glowing goo…boom, back to hell.

This kind of story wasn’t something I was used to reading. As a comic marketed to young adolescent boys, there were layered intricacies. Spawn wasn’t just some Hellspawn with a host of awesome powers, he was also Al, a dead Marine ex-CIA assassin who lost his way but wanted to do the right thing. He loved his wife. He loved his country. But still, he wasn’t your typically “good guy.” Nowadays, the anti-hero is an overhanded trope. Back in the early 1990s, for me at least, it was not. Spawn showed me that characters didn’t have to be 100% good, that not everyone was 100% bad. That there were grey areas amongst the pure goods and evils in the world. Case in point, the story of Billy Kincaid.

As for kid’s comics, this was a dark story…but I wonderfully done one! Billy Kincaid was the son of some senator, an ice-cream truck driver, and a child murderer. His famous line being, “You scream, I scream, we all scream for ice cream.” Pretty creepy, right? Anyways, in issue #5, Spawn pays ole Billy and visit and gives him a taste of his own medicine, hanging him in Detectives Sam and Twitch’s office with popsicles stabbed into his corpse and a note, “BOYS SCREAMED AND GIRLS SCREAMED SO I MADE HIM SCREAM…AND SCREAM…AND SCREAM.”

Yes, this was a kid’s comic, mind you.

And so wonderfully not appropriate. Like any parent back in the 80s and 90s is really going to thumb through the begged comic before buying. My folks were none caring when it came to violent content, it was the graphic sexual content they did not approve. Very puritan, I know. And I’m sure this is how an entire generation had been raised to think subconsciously, that violence is okay, but sex is bad. I’m rambling now, please forgive me. The point being, Spawn did something good by taking out this really horrible person, but he did so in a way that was utterly grotesque. Most hero characters would have simply captured Kinkaid and gift wrapped him perhaps beaten but still breathing for the police to find. Spawn on the other hand…well, he at least gift wrapped Kinkaid, right? 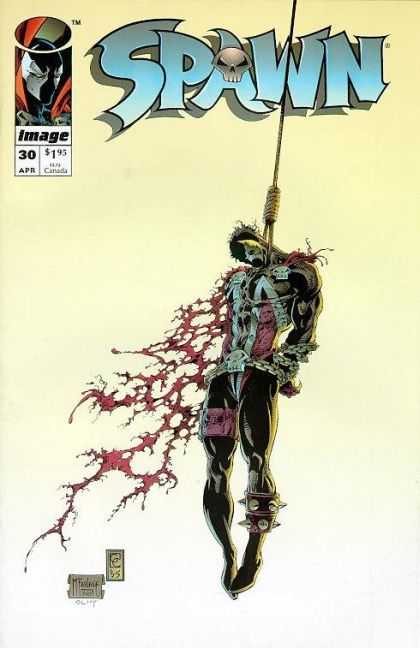 As far as Spawn comics go, its hard for me to pick just one that was the best. There were so many back then. Billy Kinkaid was probably the more darker ones, especially so early in the series. With storytelling like that, its no wonder how popular Spawn became. As you no doubt have heard or seen, there was that 1997 movie adaptation of the comic, written and directed by its creator…which goes to show that just because you can make a really badass comic, doesn’t mean you know shit about directing. Sorry. This was a really amazing movie for the first screening on that summer day in 1997, but every day thereafter…ugh.

In that same year, though, there was some grace to be found for Spawn. The HBO animated series took off with a bang, keeping more or less to the original comic story. If you haven’t seen these, you need to. Some are free on YouTube. Every bit like the comic is terms of dark, gritty, and bloody violent with that grey matter intrigue that makes you question what it really means to be good or bad. Which in a nutshell is the entire attraction to the Spawn as a story. Not everyday do you read something about a demon who questions his morality. That in his best moments tries to do some good, but usually makes a mess of things. And in his worst, is usually lethargic, and if not…well…think Billy Kincaid. And the best part? Here I am some twenty-three years later, still gushing over a comic book character.